When to Change Your Strings 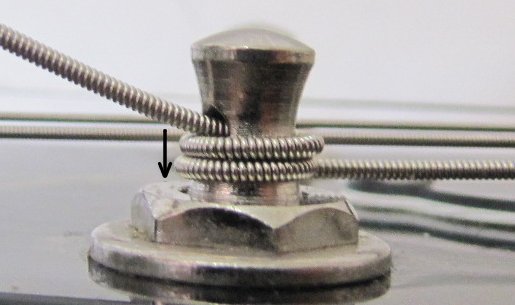 If you don’t have a clue as to when or why you need to change out those guitar strings, look no further. This topic comes up frequently during lessons. Most often, students don’t have a particular problem at the time–they just want to make sure they’re maintaining their guitar properly.

If it ain’t broke…

Cases where changing a string (or strings) is a must:

Technically, you could play a guitar with string corrosion without tuning or mechanical problems, but corrosion is a deal breaker for me. I can handle dead sounding strings with a lot of mileage but when I feel rust and corrosion, it’s like fingernails on a chalk board…time for a new set.

Cases where string replacement is a personal preference:

As far as strings go, I put myself in the rare low maintenance category; I don’t have a major preference in brands (just gauges) and I like the sound/feel of both new strings and well-played strings. However, your mileage may vary so feel free to experiment with different brands and gauges as well as the frequency that you replace them. Just know–as long as you’re not having a noticeable issue–you’re not hurting anything by leaving them on for longer periods of time. Just make sure to loosen the tension completely if you’re not going to be playing the guitar for more than a month or two.

In summary, unless you’re having a problem keeping your strings in tune or haven’t touched the guitar in years, replacing a set of strings is solely a matter of personal preference. No harm will be done if you just ride it out until the next setup.

And if you don’t have one already, I recommend picking up one of these: Strings winders make changing strings much easier and will save you much time and strain on your hands. And you can find them for less than $2.00. A no-brainer!