Chords Will Get You to Solos 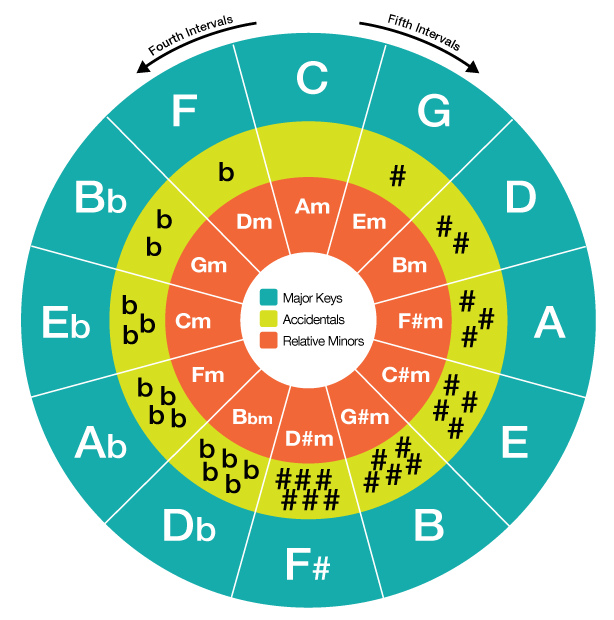 Solos don’t happen in a bubble. Even if you’re a vocalist singing acapella (without accompaniment), there will almost always be an implied chord structure supporting what you’re singing. When many people think of solos, they think of scales. While scales are essential in forming melodies and solos, paying attention to chord structure can help you play better solos and even guide you to finding what notes to play. In fact, scales are actually chords! They’re just broken out into their individual notes with some extra (passing) notes that smooth the transition from one note in the chord to the next.

Below are some steps to think about when you’re forming a solo:

In general, #1 and #3 (note in the key, note in the current chord) are always options when playing a solo or melody. And sometimes, you can even switch scales as you move with the chords. For example #2 above, I could play notes in the A major scale or also try notes in the the E major scale when that chord comes up in the progression. How well this works depends on the duration of the chord in the progression and the specific notes played from the scale. Your ears coupled with trial and error can help determine what works best for a given chord progression.

At first, these steps will take thought and you won’t easily be able to play notes while simultaneously thinking of all the steps involved. However, with practice, you will develop a mental short hand that allows you to both play and anticipate what’s ahead without much conscious thought. The key is thought followed by repetition.

If you find all of that hard to believe, think of driving a car. When you come to a stop sign, you don’t think “A stop sign is ahead. I will need to remove my foot from the gas pedal and then apply it to the brake pedal. When that’s complete, I will look both ways and, if all is clear, place my foot back on the gas pedal.” I’d venture a guess that you haven’t really thought about braking at a stop sign since you first learned how to drive. Yet the process of driving can appear incredibly complex when broken into individual thoughts and actions.

Like driving, keeping track of chords while soloing takes many repetitions before moving from thinking to “just doing”. But if you’re capable of achieving one, you can certainly conquer the other.