5 Reasons to Use a Capo 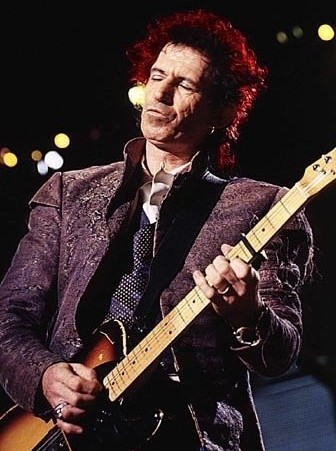 I love capos, but they have a bad rap. Sometimes when I suggest to a guitarist to use a capo for x reason, I’ll get that look–the look that says “Seriously? I’m not a cheater but thanks for the suggestion.” Well, If Keith uses one…

For those of you open to the tempting world of guitar cheating, below are 5 ways you can use a capo for both utility and creativity:

This is what I call a “survival mode” situation. Say you’re in a rehearsal or a jam session and the keyboardist (I always like to blame them) says “Ok, let’s move it up to E instead of D.” Well, that may be easy or you may have a lot of chords to transpose. A capo will let you change keys and play the same exact chord voicings without having to change your playing.

This is the traditional method for using a capo–and also why it gets the “cheater” label. However, it’s still a useful and valid way to adjust the instrument to suit your needs. Singer/Songwriters will often use a capo to play standard guitar chords that also suit their ideal vocal range. For example, if you want to play open chords on an acoustic guitar but your singing voice is most suited to the key of Bb (or A#), placing a capo at either the 1st or 3rd frets will allow you to play the open chord voicings of A, D, E or G, C, D (respectively), solving the problem easily and quickly.

3. Change the tone of the guitar

The further up you place the capo on the neck, the more the actual tone of the guitar changes. As an example, try playing a standard C chord and then play the same chord voicing with a capo at the 5th fret (making an F chord but with a “C” voicing). The strings and intervals of the notes played are exactly the same but the overall sound of the chord has a tightness and a “chime” to it that’s noticeably different from the non-capo version.

4. Blend with another guitarist

This is a great way to “get out of the way” of another guitarist. When one guitarist plays with a capo and the other plays without, it places the notes and chords of the two guitars into different registers, almost like two different instruments. Also, playing the same chords with different voicings can give a fuller overall sound, covering more sonic space.